One of a Kind Antiques

Search for Antiques at

One Of a Kind Antiques .com

Solomon "Sol" LeWitt (September 9, 1928 – April 8, 2007) was an American artist.  He came to fame in the late 1960s with his wall drawings and structures, but was prolific in a wide range of media, including drawing, printmaking, photography, and painting. He has been the subject of hundreds of solo exhibitions in museums and galleries around the world.

LeWitt was born in Connecticut to a family of Jewish immigrants from Russia.   After receiving a Bachelor of Fine Arts from Syracuse University.  He he served in the Korean War, after which he moved to New York City and set up a studio on the Lower East Side, in the old Ashkenazi Jewish settlement on Hester Street.  During this time he studied at the School of Visual Arts while pursuing his interest in design at Seventeen magazine. In 1955, he was a graphic designer in the office of architect I.M. Pei for a year. Around that time, LeWitt discovered the work of the late 19th-century photographer Eadweard Muybridge, whose studies in sequence and locomotion were an early influence. These experiences, combined with an entry-level job as a night receptionist at the Musuem of Modern Art (MoMA) in New York, would influence his later work.

LeWitt taught at New York University and the School of Visual Arts, during the late 1960s.  In 1980, LeWitt left New York and went to Spoleto, Italy.  After returning to the United States in the late 1980s, LeWitt once again made Connecticut his home, in Chester.  He died from cancer complications in New York at the age 78.

LeWitt is regarded as a founder of both Minimal and Conceptual art.  His prolific two and three-dimensional work ranges from wall drawings, to hundreds of works on paper, extending to structures in the form of towers, pyramids, geometric forms, and progressions. These works range in size from gallery-sized installations to monumental outdoor pieces.

In the early 1960s, LeWitt first began to create his structures, a term he used to describe his three-dimensional work. His frequent use of open, modular structures originates from the cube, a form that influenced the artist’s thinking from the beginning.  After creating an early body of work made up of closed form wooden objects, he decided to remove the skin altogether and reveal the structure. This the radically simplified open cube, became a basic building block of his three-dimensional work.As he began to work with the open cube: twelve equal linear elements connected at eight corners to form a skeletal structure, he would conceive many of his modular structures on a large scale, to be constructed in aluminum or steel by industrial fabricators.

LeWitt conceived 9 Towers, a cube made from more than 1,000 light-coloured bricks that measures five-meters on each side. It is planned to be installed at the Kivik Art Centre in Lilla Stenshuvud, Sweden.

In Wall Drawing #122, first installed at MIT in Cambridge, the work contains all combinations of two lines crossing, placed at random, using arcs from corners and sides, straight, not straight and broken lines, resulting in 150 unique pairings that unfold on the gallery walls. LeWitt further expanded on this theme, creating variations such as Wall Drawing #260 at MoMA in New York which systematically runs through all possible two-part combinations of arcs and lines. Conceived in 1995, Wall Drawing #792: Black rectangles and squares underscores his early interest in the intersections between art and architecture. This work spans two floors of the Barbara Gladstone Gallery, in Brussels,.  This work consists of varying combinations of black rectangles, creating an irregular grid-like pattern.

Between 1969 and 1970 LeWitt created four Drawings Series, which presented different combinations of the basic element that governed many of his early wall drawings. In each series he applied a different system of change to each of twenty-four possible combinations of a square divided into four equal parts, each containing one of the four basic types of lines, vertical, horizontal, diagonal left, and diagonal right.  The result is four possible permutations for each of the twenty-four original units.

According to the principle of his work, LeWitt's wall drawings are usually executed by people other than the artist himself. Even after his death, people are still making these drawings.  He would therefore eventually use teams of assistants to create such works. Writing about making wall drawings, LeWitt observed that "each person draws a line differently and each person understands words differently".  Between 1968 and his death in 2007, LeWitt created more than 1,270 wall drawings.

In the 1980s, in particular after a trip to Italy, LeWitt started using gouache, an opaque water-based paint, to produce free-flowing abstract works in contrasting colors. These represented a significant departure from the rest of his practice, as he created these works with his own hands.  LeWitt’s gouaches are often created in series based on a specific motif. Past series have included Irregular Forms, Parallel Curves, Squiggly Brushstrokes and Web-like Grids.

From 1966 to 2002, LeWitt's interest in seriality led to his production of more than 50 artist's books; he later donated many examples to the Wadsworth Athenaeum's library.

LeWitt collaborated with architect, Stephen Lloyd, to design a synagogue for his congregation; he conceptualized the "airy" synagogue building, with its shallow dome supported by "exuberant wooden roof beams", an homage to the wooden synagogues of eastern Europe.

Since the early 1960s, LeWitt and his wife, Carol Androccio, gathered nearly 9,000 works of art through purchases, in trades with other artists and dealers, or as gifts.  In this way he acquired works by approximately 750 artists.  In 2007, the exhibition "Selections from The LeWitt Collection" at the Weatherspoon Art Museum assembled approximately 100 paintings, sculptures, drawings, prints, and photographs.

One Of A Kind Antiques 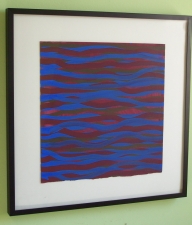 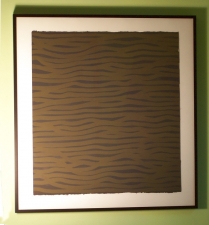 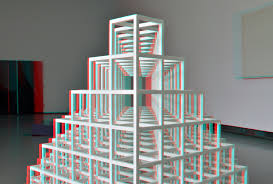 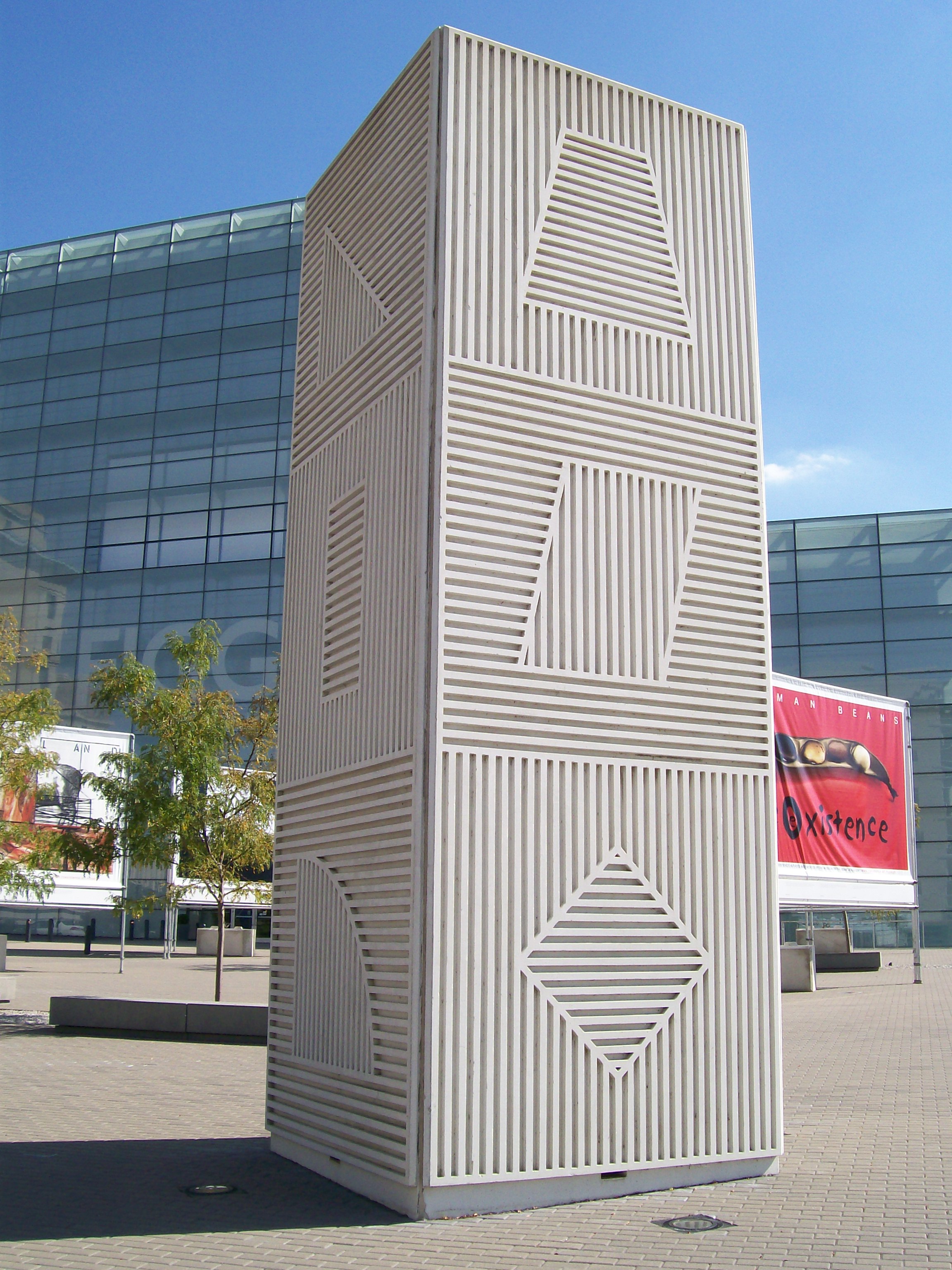 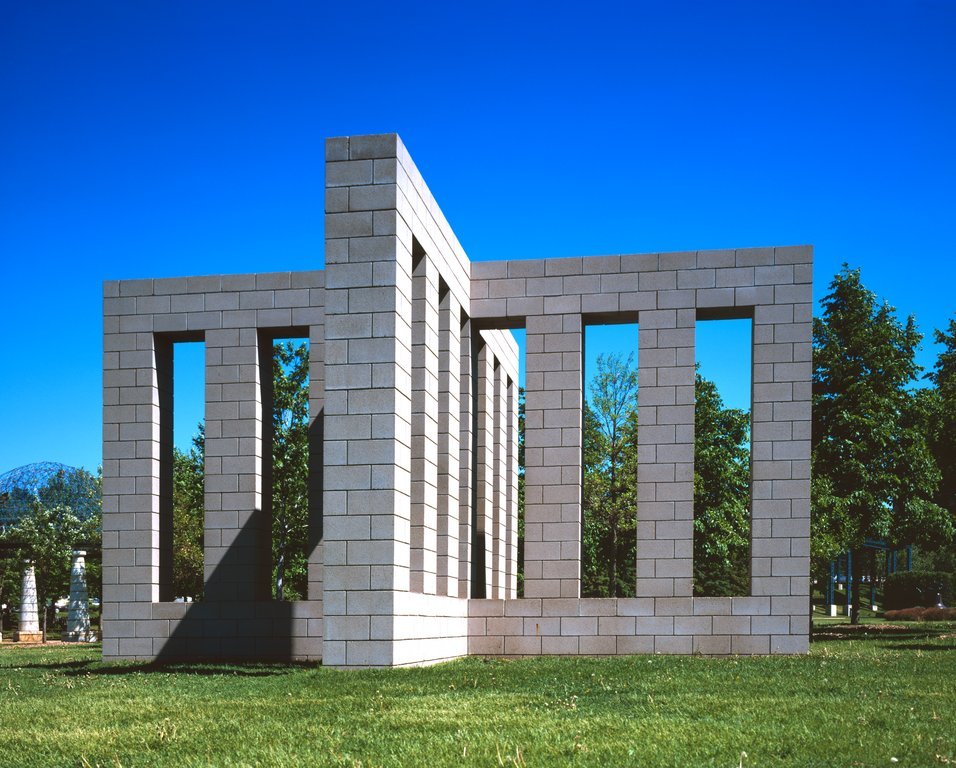 Copyright © 2020 SolLeWittCollection.com (a division of One of a Kind Antiques, LLC), all Rights Reserved.
This site was last updated on Sunday March 15th 2020 at 3:07 pm